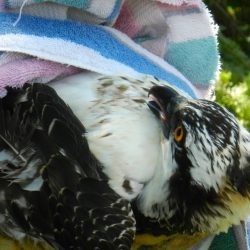 On August 20, 2016, Skywalker Tree Care received a call from a concerned citizen, David Taylor of Aloha Landscaping, regarding a juvenile osprey being stuck in the very top of a 110′ tall Douglas Fir. Upon first arrival, we thought the osprey must be tangled in fishing line, as it was hanging upside down and struggling vigorously. Michael has rescued many a cat, but never a raptor. He ascended the tree, removing dead branches for a clear path to bring the osprey through on the one-handed descent. Once he neared the osprey, he took time to quiet himself, assess the situation for the safety of all involved, and let the osprey adjust to his presence, before the “rescue” took place. Michael found the osprey’s talons to be wound around and caught in a branch. It was unable to free itself. Its wing was bleeding and it was exhausted. Michael carefully freed the osprey, who gently nipped at his leather gloves and Carhartt coat, but ceased to struggle, as if it knew he was there to help. He wrapped its head and feet with strips of soft towel for transport down the towering tree.

While the rescue was taking place high above, Shawn and Sarah were making preparations on the ground for the immediate care of the juvenile osprey. Sarah contacted North Idaho Animal Hospital and Birds of Prey Northwest and once safely on the ground they drove the osprey directly to North Idaho Animal Hospital. It was given an x-ray, which showed a broken wing, a fractured hip, and bruising all over its body. In spite of everyone’s collaborative efforts, unfortunately, the young osprey succumbed to its injuries.

Although the story had a very sad ending, we’d like to thank all involved, including the caller, David Taylor of Aloha Landscaping and the support of his friend Hallie Owen, the Skywalker Tree Care crew, Michael, Shawn, and Sarah Richardson, to Birds of Prey Northwest for their information regarding osprey and North Idaho Animal Hospital for their osprey handling techniques and end of life care for the juvenile.

It was an incredibly unique experience that will be completely unforgettable, thanks to a kind soul that spotted the osprey. 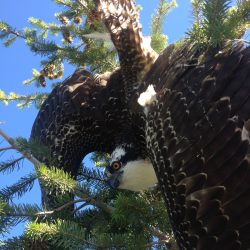 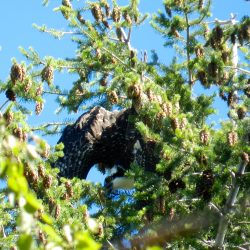 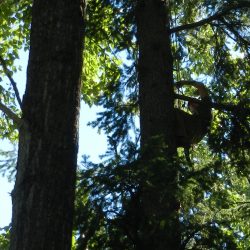 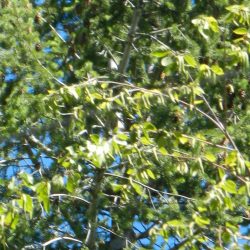 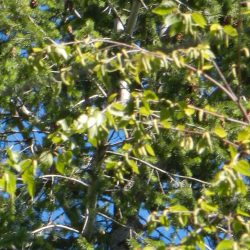 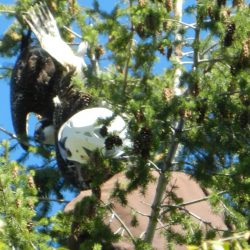 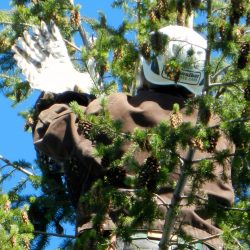 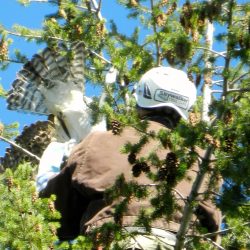 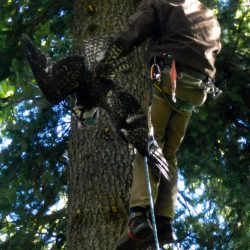 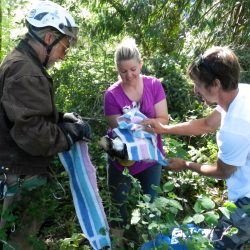 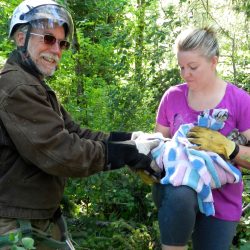