This bald eagle’s nest is located in a cottonwood tree on the Kootenai National Wildlife Refuge. Michael Richardson, Skywalker Tree Care, with staff and Friends of the Kootenai NWR, installed the camera last February. The eagles showed up but didn’t stay. Instead, a pair of Canadian geese used the nest to successfully hatch a batch (brood, babies, goslings or whatever they’re called).

There was some concern that the white camera body surrounding the dark circular lens looked too much like an eagle head from a distance. So, Michael returned November 19, 2014, to camo the camera. It was much too cold to paint, so…. duct tape to the rescue. It just happens to be very similar in color to the bark of the cottonwood. Time will tell if it works. 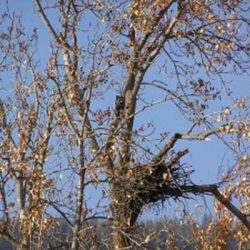 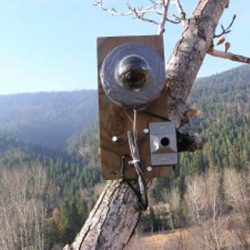 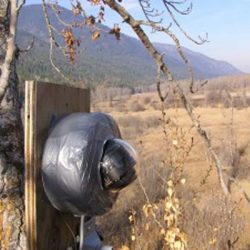 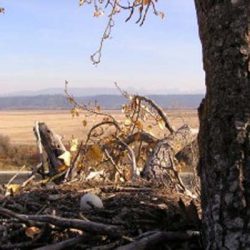